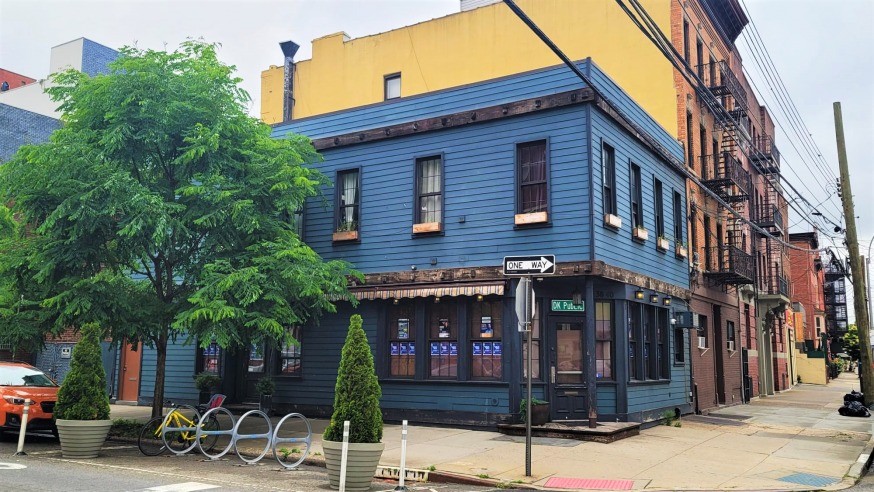 A well-known bar/restaurant in the Dutch Kills section of Long Island City that closed last year will reopen later this summer under a new name and owner.

Dutch Kills Centraal, a trendy, upscale bar/restaurant located at 38-40 29th St., closed permanently in the middle of the pandemic but will reopen as DK PubLIC on Aug. 1.

Richard Madrid, a lifelong long Dutch Kills resident, said he has taken over the 1,200 square foot space in an effort to revitalize the neighborhood and connect local residents.

“I want to bring life back to my neighborhood because it’s gone dreary and dead. It is coming back now and I want to provide a place where the community can share a pint, feel safe and have great chats,” Madrid said.

Madrid said the area is in need of a local bar where people can meet and hang out. He said it is important to bring the bar/restaurant back.

DK PubLIC will be Madrid’s first bar. He owns and manages several properties, while his wife operates LIC Family Day Care, located at 40-34 28th St. The pair have two children.

Madrid, 51, who is a former board member of the Dutch Kills Civic Association, said he is making some cosmetic changes to the inside of the building while the exterior will remain the same and retain its distinct antique blue-colored façade.

The interior walls have been painted in a light sand color with dark brown trims. A mural has gone up on the walls of the gender-neutral bathroom that features landmarks associated with the neighborhood. New York-based artist Linda Rufo carried out the redecorations.

Madrid aims to create an old-school vibe that appeals to families, adding that he remembers being in the bar as a kid when it was called Just-A-Pub in the 1970s and 1980s.

He is looking to add some old artifacts to the bar to recall the area’s history. The walls have been painted in a light sand color with brown trims (Photos: provided by Richard Madrid)

DK PubLIC will seat 50 people indoors and 50 people outdoors on the sidewalk.

The new bar/restaurant will serve a range of local and seasonal beers as well as American-style dishes. Madrid said he hopes to attract construction workers for lunch food while the bar will also be open for brunch and dinner.

He said his goal is to make the menu affordable to all residents.

Opening hours have not yet been finalized but will likely be from noon to midnight seven days a week. A dining table (L) and a mural in the restroom (R) (Photos: provided by Richard Madrid)