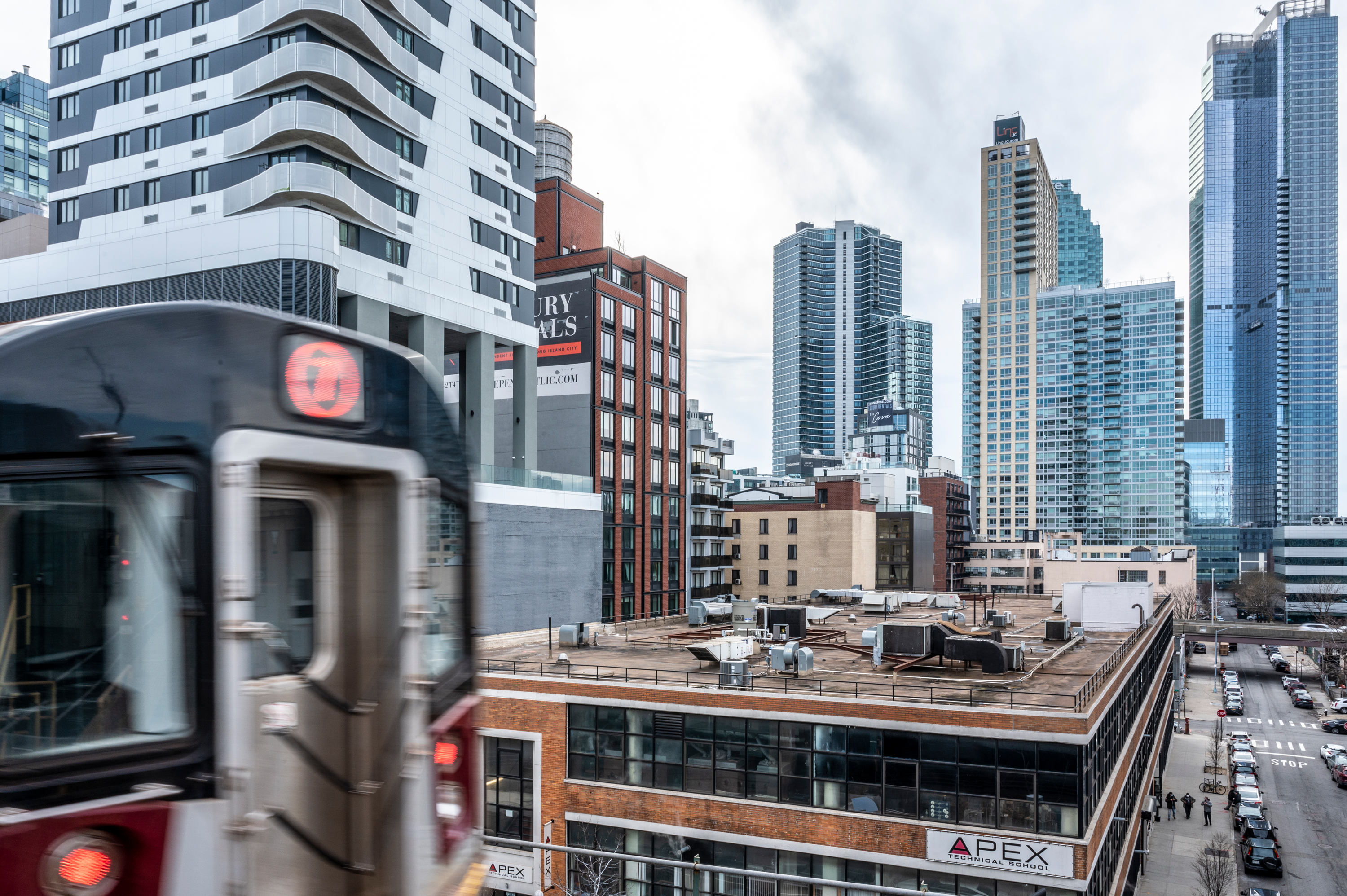 This article was originally published
on Jan 20 at 6:36pm EST
by THE CITY

Now, high-rise buildings erected over the last decade have cast shadows on everything beneath them — and the explosive growth of neighborhood residents is also remaking the political map.

Her City Council district, where 20 candidates vie to succeed term-limited Jimmy Van Bramer, has seen voter registration soar, with 22% more Democrats and 18% more total voters eligible to vote in this June’s primary than the last citywide Council election in 2017.

Queens’ 26th Council District is fast-growing but not unusual. Even as the city’s overall population slipped, the active-voter rolls surged almost everywhere. The number of eligible voters citywide has risen by 630,000 since 2016 — an increase of 13%, Board of Elections records show.

That net growth in the electorate is more than the population of Baltimore, Milwaukee or Tucson — representing a sea of votes being hotly sought after by candidates running in this year’s crucial municipal elections.

Democrats saw 405,000 of that increase. New Democratic voters — with net numbers up 12% citywide — will be pivotal for mayoral hopefuls looking to distinguish themselves in a crowded primary in an overwhelmingly Democratic city.

Searching for a Match

Lewandowski, executive director of the Chocolate Factory Theater in Long Island City and a member of the local community board, says she hasn’t yet identified anyone in the field who fits her progressive values.

“I’m undecided by looking at candidates supporting social, economic and racial justice who recognize that the economy and soul of the city cannot recover from its history of oppression and segregation without honestly acknowledging and addressing these issues at every level of public policy, communication and interaction,” she said. 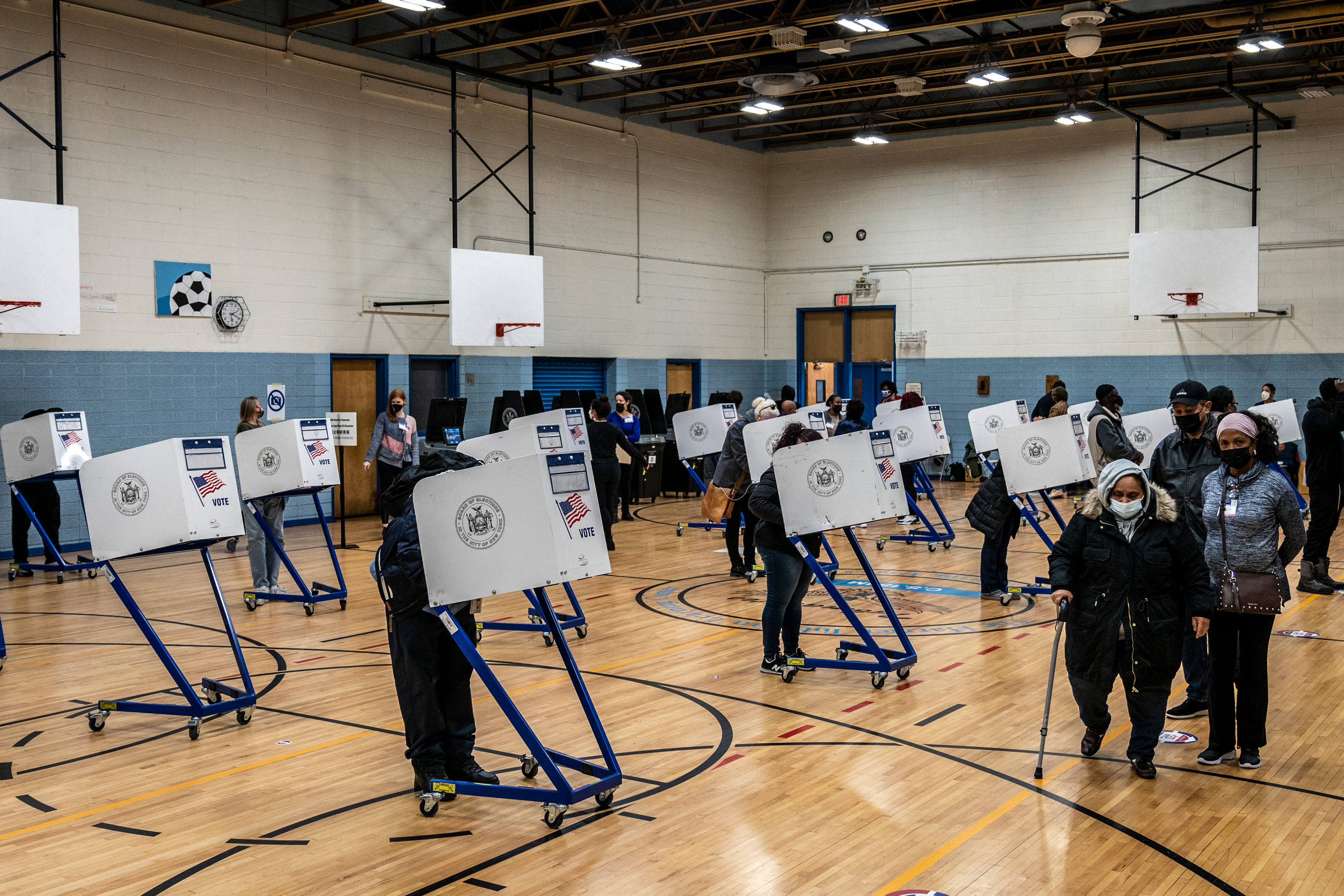 One of her new neighbors is Erika Brinley, who moved to a Long Island City high rise from North Carolina four years ago.

“I have moderate political views,” said Brinley, a mother of four who runs a music school for children in the neighborhood. “Fiscally, I would say I’m more conservative, and socially I’m more liberal.”

She registered without a party affiliation but is reconsidering ahead of the June 22 primary election. “In a very heavily Democratic place, if you really want to have a say in your leaders, it really comes down to the primaries,” she said.

For mayor, Brinley has her eye on Andrew Yang, who entered the Democratic contest last week.

For his part, Yang has his eye on voters like Brinley.

“We clearly target neighborhoods that have had a surge in Democratic voter registration,” he told THE CITY. “But we’re going to try to fight for every vote in every community.”

His upstart campaign is focusing on engaging New Yorkers who vote in national elections but skip over their local races, the mayoral hopeful said. Yang’s effort is tapping into a large social media following, ties to national media and an army of volunteers.

He knows a thing or two about that cohort, having never cast a vote in a mayoral election during more than two decades of living in New York City. 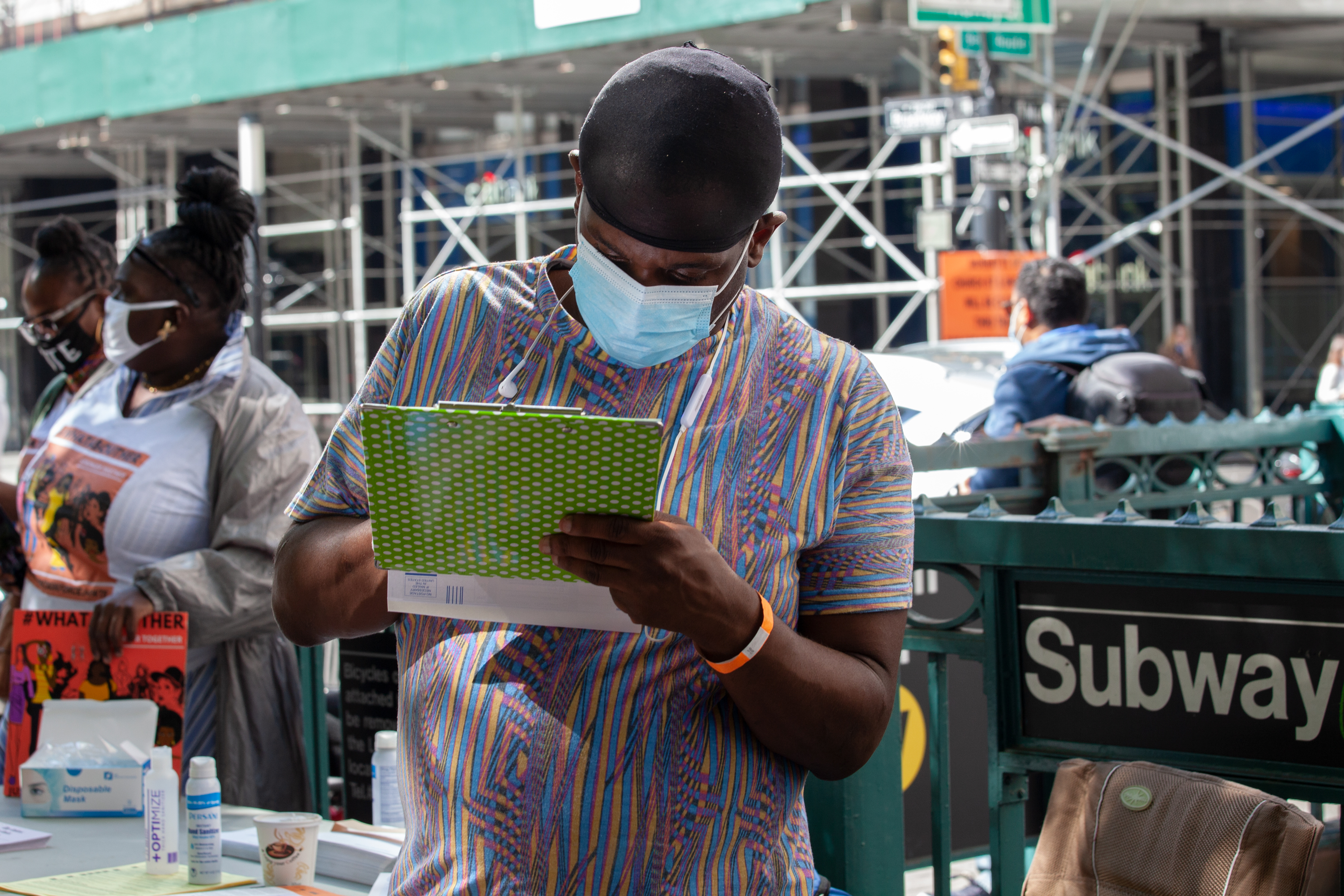 Name recognition and Twitter followers won’t be enough to quell a surge of potential voters who are much more interested than previously in local politics, said Tyquana Henderson-Rivers, a senior advisor to mayoral candidate Ray McGuire.

Council candidate and technology consultant Julie Won has determined that nine out of 10 of the 11,000 newly registered Democratic voters in the 26th District are under age 50.

Many new western Queens voters lean strongly to the left, as highlighted by the stunning 2018 victory by Alexandria Ocasio-Cortez over incumbent Rep. Joe Crowley, who was also the county’s Democratic Party boss.

“There have been demographic changes in Queens that have led to Queens essentially becoming the home of progressive politics — western Queens in particular — not just in New York, but in some ways for the country,” said Amit Bagga, the former deputy director of the city’s Census campaign now running in the same contest as Won.

Newly registered voters, whether they migrated from outside or within the city, tend to have no ties to local politics, providing candidates of all stripes a chance to vie for their votes, political consultants say.

“It doesn’t matter where you are — people engage with institutions and leaders who engage with them,” said L. Joy Williams, a political strategist and president of the Brooklyn NAACP. Williams is a consultant for McGuire, a former Citibank executive who is running for mayor.

She sees an opening for newcomers in a landscape where old-guard political clubs are locked into existing relationships with voters — especially as the pandemic curbs in-person events.

The advent of ranked choice voting this year only increases the urgency for candidates to reach out to broad swaths of the electorate, to score votes on as many ballots as possible.

Won sees a chance to change who represents her district.

“There has never been a woman or a person of color in this seat,” said Won. “I’m going to prioritize, out of the 17 people, other women and people of color to be my allies. To say, these are the top five people that I align with and I think you should also support.”

Yang described ranked-choice voting as paving a path to his victory over veteran city politicians. “Our polls show that if you don’t have me as your first choice, there’s a reasonable chance you have me as your second choice,” he said. “So we have to get out to voters and let them know to show up.”

In Queens, state representatives who had to defend their seats last year have experienced the sea-change firsthand.

State Sen. Mike Gianaris (D-Queens), who represents Astoria and Long Island City and held on to his seat, said recognizing the population change and engaging the newcomers proved key to his success.

“The first step is to realize that this change is happening, and a lot of the old guard refused to do that or was in denial about it,” he told THE CITY. “But realizing the electorate is changing is important because you can’t make an effort to listen to new voters if you don’t believe that there are new voters to listen to.”

Gianaris’ leading role in the fight against Amazon’s proposed Long Island City headquarters resonated with area residents concerned about housing costs — and ensured he faced no challenge from the left.

Queens Assemblymember Cathy Nolan, who was first elected in 1984, narrowly fended off two primary challengers who split the vote. Her Assembly district has seen a city-leading 26% increase since 2016 in the number of registered Democrats.

Her office did not respond to request for comment.

In sheer numbers, Democratic voter rolls have surged most in downtown Brooklyn, another rapidly growing area, by nearly 13,000.

There, newly sworn in Assemblymember Phara Souffrant Forrest defeated incumbent Walter Mosley in the 2020 primary and again in the general election, when the veteran lawmaker ran on the Working Families Party ballot line.

THE CITY’s analysis of primary election results found that Souffrant Forrest and Gallagher won seven out of every 10 segments of their Assembly districts that saw the highest voter enrollment growth — far outperforming their overall margins of victory.

Souffrant Forrest’s campaign had been preparing a “massive voter registration” effort, but the pandemic derailed the plans. Instead, the campaign had to pivot to “working with what we’ve got” — finding that young people in the area had begun registering and turning out to vote.

“Demographic-wise, it didn’t matter— Black, white or blue, young people were registering,” said Souffrant Forrest, a nurse. “So we’re like, we’re going to hit the phones. When you hit texting, we’re going to ask people what their concerns were.”

Like Souffrant Forrest, new State Sen. Jabari Brisport ran in downtown Brooklyn with the endorsement of the Democratic Socialists of America, winning by identifying issues that united newcomers and old-timers.

In his race, the seat was open, but he had to defeat the county Democratic Party’s favored candidate, Tremaine Wright.

“We have runaway rents and development in a district without considering the people that are already there,” Brisport told THE CITY. “It’s salient for an elderly Caribbean woman in Crown Heights who was going to the food pantry and salient for a young, white, yuppie dude in Clinton Hill … struggling to pay his rent.”

Aside from Staten Island, the city’s lone Republican’s stronghold, The Bronx saw the smallest growth in registered Democrats: a little over 40,000 voters, an 8% increase. Republican and other voter registrations in The Bronx went up by 11%.

Democrat Elisa Crespo is running in an upcoming special election to fill the City Council seat vacated by newly elected Rep. Ritchie Torres when he won an open seat in Congress.

She said she’s not surprised to see her party’s voter rolls stagnate in the district, up less than 6% over 2016. The district is home to many green card holders and undocumented immigrants ineligible to vote, she noted.

But voter participation is low even among those who are eligible, she said.

“There are a lot of people who don’t even have the slightest clue that there is a special election happening on March 23,” Crespo said.

In addition to distinguishing herself among a crowd of eight candidates, Crespo is working to engage residents to vote at all.

“So many people in The Bronx in particular, just have really lost their faith in government and believe that the system is not working for them.”

Gianaris will say and do anything to keep his job, unfortunately, at the expense of his constituents. Crime is rampant and all he does is play politics with national news. Instead of working with Amazon and making it more favorable to the community , he simply pushed them out. We need term limits for all politicians so we can get the best out of them.