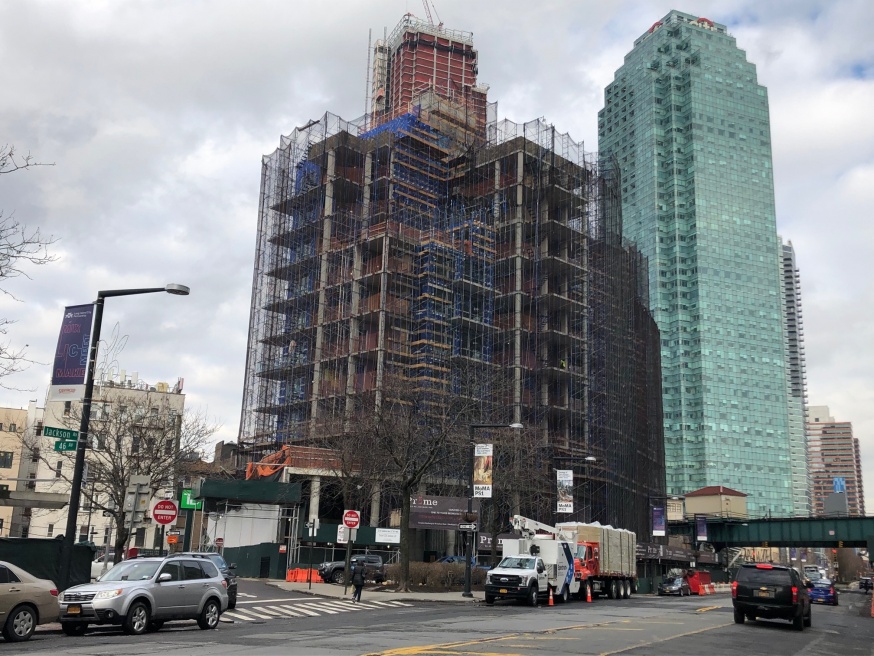 Trader’s Joes is coming to Long Island City, according to a number of well-placed real estate brokers.

The popular grocery chain, known for its quality products at affordable prices, will be moving into 22-43 Jackson Ave. A lease has been signed and the store is expected to open late 2020.

The grocery store will move into the Prime Building, an 11-story, 70-unit mixed-use building that is currently under construction. The building, designed by SRA Architecture + Engineering and developed by Circle F, will open next year.

Trader Joe’s, a California-based chain that has 500 stores across the U.S., has taken New York City by storm since it opened its first store in the Big Apple in 2006. The company now has locations in neighborhoods such as Union Square, Soho, Chelsea, Midtown East, Brooklyn Heights, Upper West side and Rego Park.

The new supermarket will compete with Foodcellar, which has a Court Square and Hunters Point location, as well as Urban Market and Key Food on 44th Drive.

Trader Joe’s, founded in 1957, is able to offer low prices by selling private-label products instead of well-known brands, according to Business Insider. The products are sold at a significant discount to brand-name equivalents and the company requires its suppliers not to publicize their business relationship.

Trader Joe’s did not respond to several e-mails and calls seeking comment and confirmation. Whoop de dooo, I hope there’s parking available or a lot but even if there is, it’ll be so crowded and congested in that area it won’t matter.

Apropos new supermarkets, when is Food Emporium
going to open? Building was finished around 2016 and eventually the supermarket’s interior was completed but it didn’t open. Asking around to other businesses you get a unanimous : don’t know what is going on…
Puzzling situation: the interior lights have been on in the empty store for a long time ; the hiring process seems to be mired in an impasse because “We are hiring” signs has been posted on the store windows long enough for HR to fill its needs (according to passersby). Astoria is waiting for a new, modern supermarket since 2016 already! Good assignment for your reporters.

Yes, this would be a wonderful story for a reporter to investigate and write about. I’m curious about this too. To keep the store empty for so long must have cost the owners a great deal of money in interest, rent, and foregone revenue. Who owns the store? Do the same people also own the building or do they pay rent on the empty space? What are the reasons for the extraordinary delay? Inquiring minds want to know!

So happy to hear that trader Joe is coming LIC, looking forward to it, 😊