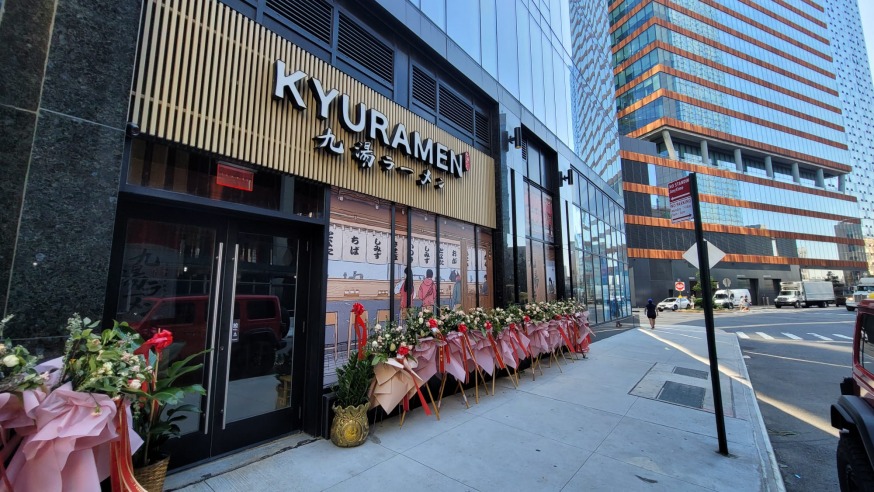 An international restaurant chain known for its traditional ramen has opened a location in Long Island City after much delay.

Kyuramen—which has restaurants in Hong Kong, Taiwan and the U.S. — opened Saturday on the ground floor of the Star Tower in Court Square – a 26-story condominium building located at 27-17 42nd Rd.

The restaurant is the chain’s third in Queens, following on from its Flushing location which opened in 2019 and its Bayside venue that opened last month. Kyuramen has more than 125 locations around the world.

A Kyuramen spokesperson told the Queens Post last year that there is strong demand for ramen in Long Island City and company operators want their Court Square location to fill a gap in the market.

The company says it offers high-quality dishes at everyday prices.

Kyuramen’s ramen dishes are made using wavy noodles or straight noodles that are filled with a pork, chicken or fish-based broth. Most bowls come with bamboo shoot, wakame, a half-marinated egg, nori and corn.

The company’s most popular ramen items include the Tokyo Tonkotsu Shouyu, the mega ramen and the Tonkatsu curry ramen. A dish offered at Kyuramen (Photo provided by NU Marketing)

The 42nd Road location was expected to open last summer, but delays in obtaining permits hampered the operator’s initial plans, according to a manager at the restaurant.

“Coming soon” signs—which had been plastered across the front windows of the restaurant for more than a year—have finally come down. They have been replaced by Japanese-style illustrations, while a row of around 20 bouquets of roses have been placed on the sidewalk in front of the restaurant. A new sign bearing the company’s logo has also been erected at the front of the location.

The inside of the restaurant is bright and modern looking with wooden fittings. It seats more than 50 people, according to the manager.

There is a counter on the left-hand side of the dining area overlooking the kitchen while on the right-hand side there is a “bee-hive” designed seating area that consists of five booths, three of which are elevated.

There are four additional private booths behind the beehive structure. 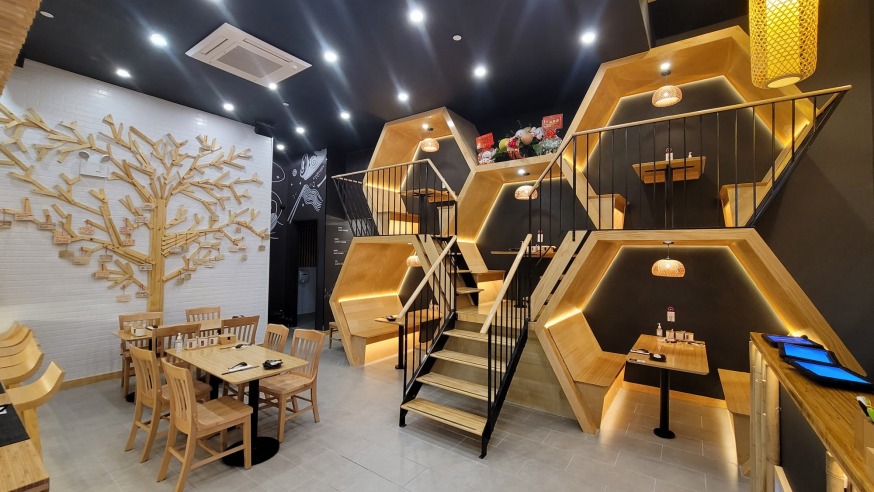 There is a “bee-hive” designed seating area consisting of five booths, three of which are elevated. (Photo: Michael Dorgan, Queens Post) The counter area is located in front of the kitchen (Photo: Michael Dorgan, Queens Post) Some of the private dining booths inside Kyuramen (Photo: Michael Dorgan, Queens Post)