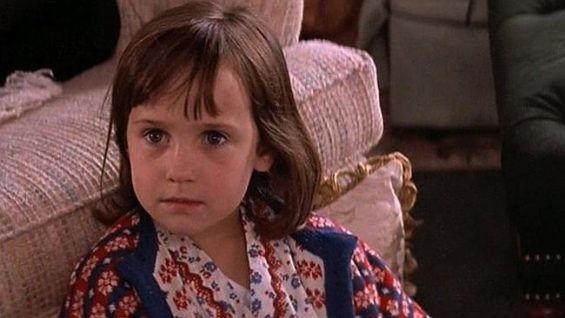 Child actor-turned-writer Mara Wilson will be holding a reading of her new memoir at the Astoria Bookshop later this month, where she will speak about her life in the spotlight as a young child, and how that impacted her life moving forward once she left Hollywood.

Wilson, a famous child actor, will be reading from her memoir Where Am I Now?: True Stories of Girlhood and Accidental Fame, at the Astoria Bookshop at 31-29 31st Street on September 14 at 7 p.m.

“We wanted to host Mara Wilson for many reasons including that her story is different from many of the Hollywood memoirs we’ve seen released,” said Astoria Bookshop Event Coordinator Kisky Holwerda.

“Her story is more than a series of Hollywood mishaps, it’s about a woman coming of age under some pretty bizarre circumstances and establishing herself professionally as a storyteller and writer,” Holwerda said.

Wilson is perhaps best known for her titular role in Matilda in 1996 and for playing Robin Williams’ character’s youngest daughter in Mrs. Doubtfire in 1993. Later, she started writing for many online sites, including her own blog, MaraWilsonWritesStuff.com.

She also has recently appeared on Broad City and the podcast Welcome to Night Vale, and will guest star on upcoming episodes of BoJack Horseman.

Holwerda added that the bookshop is always excited to host writers—such as Wilson– who are active in the Astoria community.

Wilson hosts a regular storytelling show at Q.E.D. on 23rd Avenue, and has also participated in the Astoria Bookshop’s own monthly storytelling nights in the past.

The event is free and open to the public, Holwerda said, but the bookshop is expecting a large turnout that could potentially be standing room only. Though no ticket is required, those who order Wilson’s book through the Astoria Bookshop will receive priority to get their books signed after the reading.

The bookshop is hosting the event in conjunction with the Brooklyn Book Festival as one of its “bookend” events. The festival itself will be held in Brooklyn on September 18.